in partnership with the

Thank you to the people who made this event possible:

* Nelson Poirier, This event was his idea. He lined up the presenters and kept them eager

to participate even through two long years of COVID delay. He spent countless hours                      organizing, as well as being the Moderator.

* Fred Richards, leader, printer, communicator, director of media services; with Nelson and    David, one of the original three organizers.

* David and Anita Cannon worked tirelessly to get the event physically and financially ready to go.

* Conservation Council of New BrunswickSoutheast Chapter, for Partnering with Nature Moncton for this event.

* Susan Richards for being our Secretary for the PRAD Organizing Committee and getting those  minutes to us promptly.

* Cynthia Doucet for setting up Eventbrite and representing CCNB-Southeast Chapter, at all        those meetings.

* Evar Simon and Gordon Rattray for videography at the event.

*The RCMP Band for piping in the Tidal Bore.

* To all the volunteers who assisted on the event day. Too many to mention individually, your
work is appreciated. Thank You All.

Nature Moncton is a not-for-profit incorporated
club founded in 1961. The objectives of the club
are to study and appreciate all aspects of nature,
the sharing of interest in the natural world, and
the development of measures to help protect and
preserve the natural environment.
This is accomplished through our daily nature
blog at www.naturemoncton.com, monthly
presentations, field trips, the distribution and
installation of bird, owl and bat boxes, and events
such as the Petitcodiac River Appreciation Day.

The Conservation Council of New Brunswick has
been at the forefront of environmental protection in
our province since 1969.
The South-East Chapter of the CCNB works to
create awareness of environmental issues in the
southeast region of NB, and to promote solutions
to protect the natural environment.
The chapter has created educational materials and
presentations for public events, markets, and
schools, hosted speakers and workshops, and
maintains an active email list connecting members
with information about environment related events
and issues in the region.
CCNB South-East is proud to partner with Nature
Moncton in this event to help people learn about
and celebrate our special river.

The Tidal Bore is scheduled to arrive shortly after 8:00 a.m.  The actual time may vary. The NB RCMP Pipes and Drums will be waiting for it to approach and appropriately greet its arrival as it passes. For those interested, come see a salute from the river to us, an auspicious way to begin our tribute to the Petitcodiac River.

Presentations Begin
Be prepared to be amazed - from where we were, to where we are!

A “bend’ in the Petitcodiac River where the tides allowed ships to come in and out, bringing people to an area which over time became a place called Moncton.

Marc Chamberlain will give a presentation accentuated by various monuments scattered downstream along the river. The novelty here is that the presentation will move backwards in time though forward in space as he moves from one monument to the next in the order they are presented along the river, beginning with the Moncton 100 Monument in Bore Park, and ending with the very first peoples to have settled along the banks of the Petitcodiac.

Gary Griffin was one of the first to sound the alarm, beginning in 1968 immediately after the causeway construction. DFO (Department of Fisheries and Oceans) researcher Dr. Paul Elson had researched the river closely for 20+ years until 1966, so the preconstruction status of the river was well known. In 1968, Gary monitored the fishway designed to let fish pass upstream, and immediately found dead salmon in the mud pools below the new structure due to currents that prevented them from finding the fishway. Gary will review the state of the famed Atlantic Salmon and other species before causeway construction, and his findings after construction in 1968.

As the founding Petitcodiac Riverkeeper, Daniel LeBlanc directed the epic campaign that triggered the project to restore the mighty Petitcodiac in 2008, putting an end to one of Canada’s longest environmental battles. Daniel's presentation will include highlights of this campaign at the leading edge of environmental law enforcement and environmental communications. The river and the community owe Daniel LeBlanc significant gratitude for his skillful leadership efforts. Daniel has also had a long-lasting passion for resurrecting the tidal bore as a world-class attraction for sport and surfing and will briefly mention that aspect of the restoration.

Whereas the Bay of Fundy and the Petitcodiac River are inexorably connected, Paul will speak from the perspective of how tides work and why they are so high in the Bay of Fundy. He will mention some of the nuances and quirks as a result of the Bay having the highest tides in the world and will bring life to his comments with photographs, videos and some audience participation.

Michael Pauley P.Eng., PMP is a Civil Engineer and is employed with the New Brunswick Department of Transportation and Infrastructure.  He is the Assistant Director of Operations/ Project Manager - P3’s as well as the New Brunswick Highway Corporation Provincial Advisor. He has over 27 years of Project Management experience in both Buildings and Transportation and specializes in Alternative Service Delivery projects such as this project.

Mike has been directly and intimately involved in the planning and execution of the Petitcodiac Causeway Project which has come to be described as one of the world’s largest and complex river restoration projects. Today, Mike will provide an update on the project and discuss some of the exciting work that was completed in 2021, including the redirection of the Petitcodiac River to its new channel under the new bridge, and what we can expect to see in the future.

One of the main factors driving the decision to open the causeway gates and eventually replace part of the structure with a bridge was the desire to restore free passage to the Petitcodiac’s native community of co-evolved migratory fish. These included endangered Inner Bay of Fundy Atlantic Salmon, species at risk such as Striped Bass and American Eels, and other fish species less well known that are equally dependent upon the free movement between freshwater and the marine environment to successfully complete their lifecycle. Once this barrier was opened in 2010, habitat within the Petitcodiac watershed was eligible to become part of an expansion of wider management and recovery efforts for these species within the inner Bay of Fundy. Ten years later, Fort Folly Habitat Recovery is providing an overview of what has been done, what the results have been, and what is planned going forward to further promote recovery of the river and the species it is home to.

Kevin Rice is responsible for TransAqua (The Greater Moncton Wastewater Commission) and its multi-million dollar transformation from a Primary Chemically Enhanced wastewater treatment process to a Secondary Biological wastewater treatment process, enabling it to reduce the amount of Total Suspended Solids by 50% and Carbonaceous Biological Oxygen Demand by 75% by meeting federal regulations by the end of 2020. The $90.4 Million Upgrade and Modernization Project is significantly reducing the amount of solids and increasing the oxygen levels in TransAqua's effluent entering the Petitcodiac River, increasing the opportunity for aquatic life to flourish. TransAqua's new Ultraviolet Disinfection process will remove harmful pathogens to where the effluent is expected to meet the Canadian Recreational Water Quality Guidelines.

All bids will be collected

Recreation outdoors and connecting with nature are increasingly prescribed as ways to improve individual health and well-being but the question remains… how can we make it easier for people to be active outside? More and more, trails are becoming valued infrastructure that can facilitate these activities and improve the quality of life in our region. Here in Southeast NB, we have endless opportunities to create incredible trails and experiences that will enable people to connect with nature, be healthier, and better understand the rich history of our area. This approach has made the Petitcodiac River and its tributaries an ideal site for the creation of a trail system that will let us all better appreciate what we really have around us.

From an early focus on water quality in the early 1990s, the Petitcodiac Watershed Alliance currently pursues the broader mandate of watershed health and stewardship.  Science based, the group has undertaken actions not only of benefit to aquatic organisms within the river but also to inhabitants of the riparian zone, such as painted turtles. Active in schools and in community events the group strives to educate all on the vital importance of the river in our lives and for the generations to follow. A brief historical overview of the group will be presented as well as the challenges we face in the current and immediate future.

When this event began we started strong and were moving toward a date of April 2020. Nelson had the program all coordinated when along came Covid-19. Since then we have had to make a few changes.

These two gentlemen were exceptional human beings and we miss them. The presentations they were going to give are lost to this event. While they have been replaced with other speakers it is just something else Covid has taken away from us.

Nature Moncton and the Conservation Council of New Brunswick-Southeast Chapter thank our sponsors:

Many thanks to all the presenters and volunteers

that made this event such a special day. 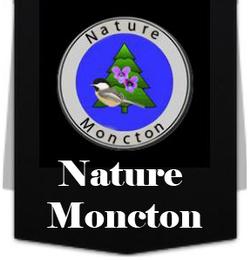 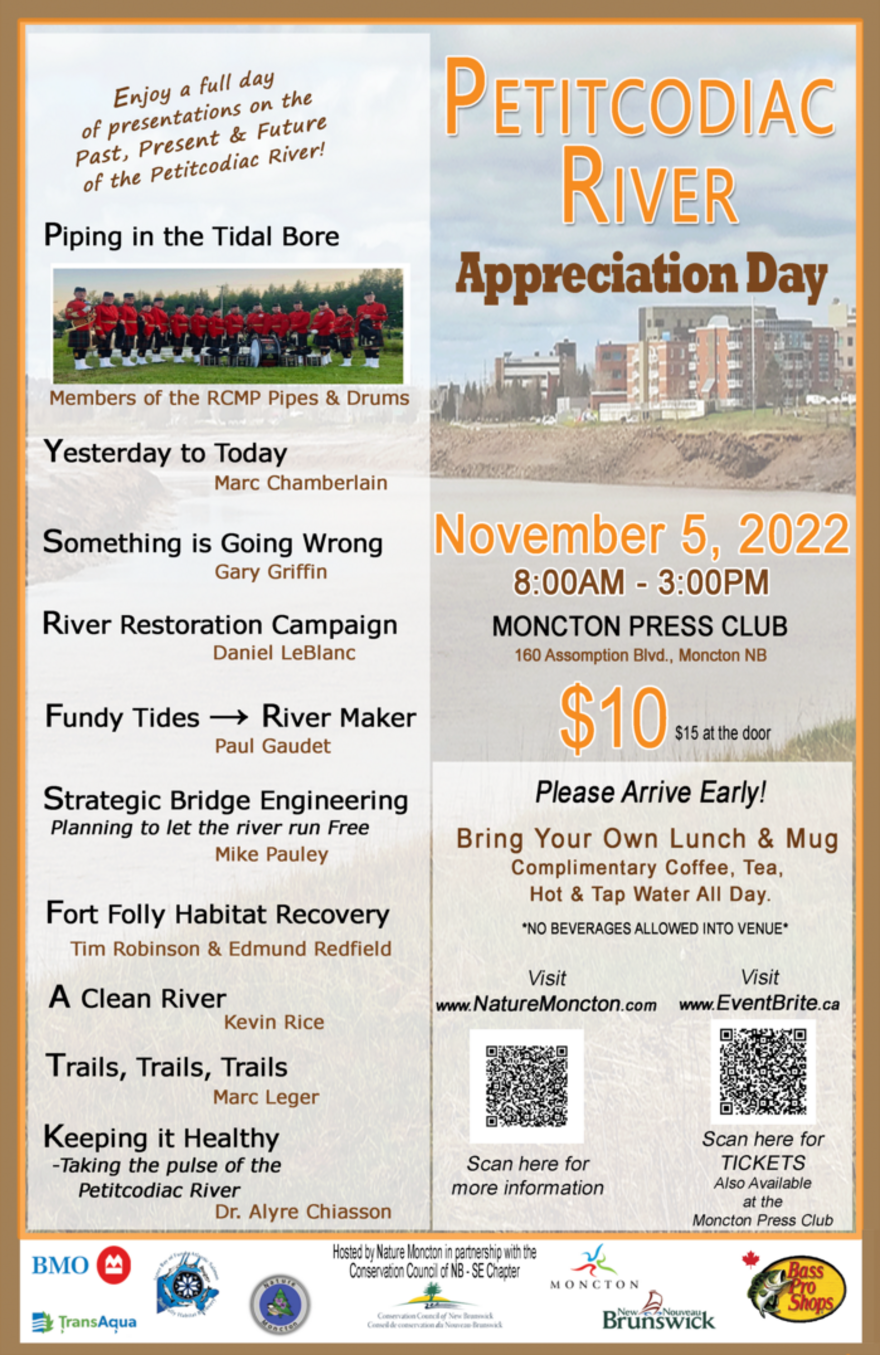 “With lots of love for our beloved river, I am wishing all a happy Petitcodiac River Appreciation Day.” 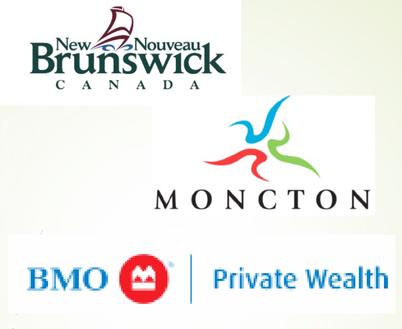 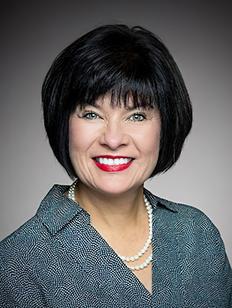 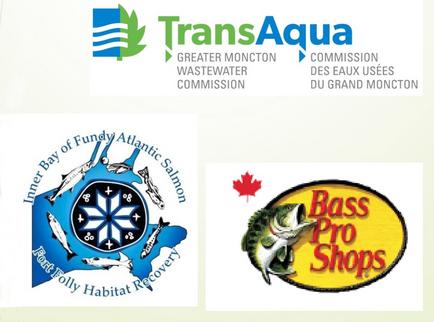